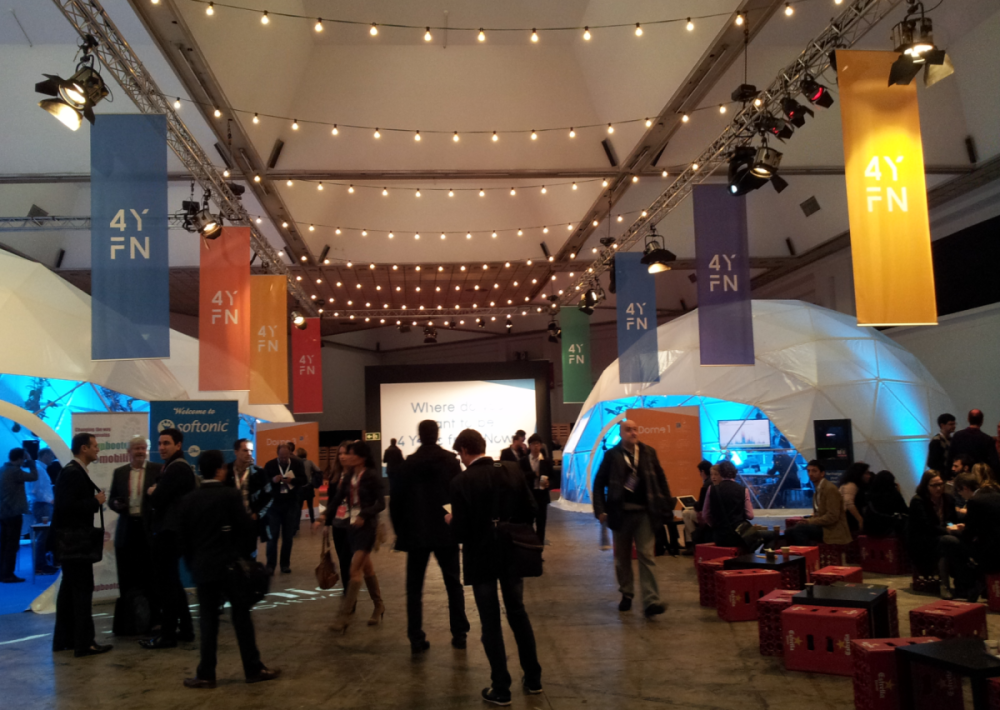 There have already been so many wrap-ups of the Mobile World Congress 2014 and the 4 Years From Now conference in Barcelona last week, so that it’s difficult to really add something new to the buzz.

4YFN had a great start in parallel to the MWC, not so corporate-driven, more creative and less streamlined, thus more interesting for me. 4 Years From Now is the slogan of this new startup conference as Barcelona is currently Mobile World Capital until 2017, producing a brand of its own.

There has been a good mix of high-level keynote speakers, panel discussions, workshops and startup presenting their projects to the attendees; with clear trends like wearables and mobile of course leading the tone. I was surprised though to see a known face with some inspiring new input. Read on to hear which was my favourite keynote of 4YFN.

On Monday evening, Mark Zuckerberg’s interview at MWC was livestreamed and everyone listened attentively to what he had to say. A big topic was of course Facebook’s recent acquistion of WhatsApp for 19 billion USD. He reaffirmed that WhatsApp will stay independent without any plans to include ads into the messaging service. We’ll see. On the other hand, he broadly promoted his project internet.org which wants to bring internet access to everyone (2/3 of the global population still hasn’t access) during the next years, partnering up with Samsung, Ericsson and a few others. Basically meaning that he’s building up a massive data base for whatever goal he seems to pursue. Interestingly, Zuckerberg’s interview showed that even he depends on the large telecom carriers to get this project going, announcing plans to partner up with some of the big players soon.

The other highly anticipated interview was Martin Varsarsky’s with WhatsApp founder Jan Koum who gave some insights into the past weeks and the reasons behind the acquistion of WhatsApp by Facebook. Curiously, he created WhatsApp because he didn’t want to work in a „real“ job. Apart from this, nothing really new which you haven’t read in the press during the last weeks already. His press aversity is widely known and we now know why: Read about Robin Wauters‘ encounter with Jan Koum backstage after the interview. They have kind of a history ;)

My personal highlight though was Morten Lund’s keynote on the third day which unfortunately got lost a bit in the general busyness and several other simultaneous events before the final Wayra demo day. Lund who seemed a bit uncomfortable on stage (in comparison to his casual, relaxed appearance at the Pirate Summit Cologne back in 2012) made a few good points: Nowadays, real, big money will be made with the apparent boring business – SaaS, Big Data and Social. And in four years from now, we’ll be data hostages. Sad, but clearly reality. Lund has come a long way from his wild Skype days, with his venture OnlyXO he’s helping to scale some great companies, see e.g. Tradeshift, AirHelp and ItemBase.

So where will we be 4 years from now? I go with Lund, we’ll be data hostages with even less privacy in order to keep up with the mainstream. But at that moment in time, nobody will care about it anymore. We’ll have other challenges to focus on.
___

Find some nice photo coverage of the 4YFN as well as the Mobile World Congress on tech.eu’s flickr page.

Applications for Sónar+D Start-Up Competition in Barcelona, 18-20 June 2015, are open!