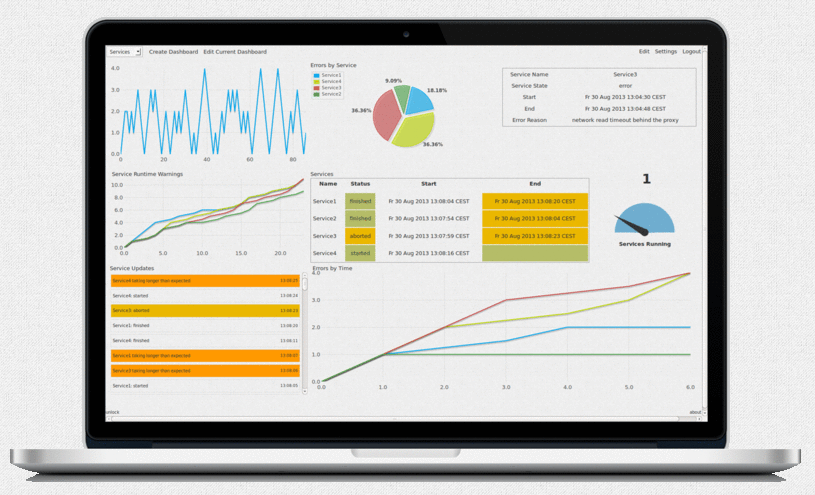 Who are you and what product are you offering?

I’m Mariano Guerra, 28 years old Software Engineer from Argentina, living in Stuttgart for the last 2 years. We (Javier Dall‘ Amore and me) provide two products, the first is Event Fabric, an application that provides fully customizable and flexible real time dashboards to visualize what’s happening right now with the things that matter to you. We also have a company called Gnandoo where we provide software consulting mainly for web applications.

Why did you move from Argentina to Germany? What did you do before founding Event Fabric together with your partner Javier Dall’Amore?

I first came to Germany on 2007 with a scholarship to study 6 months at the Karlsruhe Institute of Technology (KIT), after going back to Argentina and getting my degree I started working in Argentina and saving to go back to Europe to travel to the places I couldn’t visit on my first trip, I got an opportunity to work on a prototype for a new app that later became Event Fabric in England and I decided to take the chance, since I could work and travel.

While in England, my girlfriend who also went to the scholarship came to visit me and while travelling through Europe she did some interviews and got a job in Stuttgart. When she started working here, I moved here too :)

Before founding the company I worked at Intel as an intern in the High Performance Computing group, after that I worked at the IBM’s Argentinian research group, I also did some freelance projects.

Javier was involved mainly in projects for the public sector in Argentina. For example, he managed the team that did the software for driving license, traffic ticket and traffic court for the Argentinian National Driving Agency. He also managed teams that worked with the Cordoba Provincial Government doing, for example, the Administrative and Financial Management Software for Cordoba School Districts and an Application for Science and Technology Agency to manage resources and researchers.

Both of us went to the university, did our master’s thesis and also did one freelance project together.

Why Stuttgart and not Berlin for getting started with Event Fabric?

One reason is because I like Baden Wuerttemberg and because of the scholarship I know a lot of people here, this means it’s easy to start if you can get some help and advice from people you trust and that lived something similar to what you are going through. I also really like Stuttgart, it has a good balance of small and big city, the surroundings and the nature are really nice.

Another reason is of course because my girlfriend really likes Stuttgart too. During her scholarship, she studied in Esslingen and it was the main place she wanted to work in Europe.

Also given the kind of product we sell, we target the whole world with it. Where we are based shouldn’t affect who or where we sell it.

What was the most difficult part for you when you moved to Germany (except the language)?

I think it was easy for me to live here because I already knew people here. The part that is hard is knowing the „do’s and don’ts“ of the country, since almost all the people I know are foreigners who came with a scholarship and stayed or came back to work, they are almost in the same situation as me, also all of them work for big companies so they don’t have experience with being a founder and all the things involved with it. I also have some German friends but they also work for big companies and I don’t want to be asking all these questions every time I see them :)

Once in a while someone tells me that I should be doing something that I’m not aware of and I start to look for information about it and to think how many other things that I don’t know I’m missing. This also may include things that could be a benefit for me and I’m not doing simply because I don’t know.

Did you encounter people who really helped you with bureaucracy and adapting in Germany? If yes, who was it?

Yes, other than my friends in the last months I have contacted some people that are in a similar situation as myself and they have helped us a lot, the main ones are the guys from superflomo who happen to have their offices in the same block as where I live and work, one day I saw the sign and decided to send a mail to them telling who we were and if we could go by to say „hi“ and ask them some questions. They said ok and we met some times with them for coffee or lunch and they have helped us a lot.

I also went once to an hour of consulting paid by the city of Stuttgart. Since I already had the product, the idea and the business model and I only had questions regarding the kind of company I had to create and mainly tax related things. It wasn’t too useful since a lot of questions regarding taxes had the same answer: you should consult a „Steuerberater“ which I already knew but wasn’t doing because that would cost money.

I think that this is more focused to people that want to start a company but don’t have a clear idea of the product and the business model. Even when it wasn’t too useful some of the answers helped us to move a little forward.

I also met Johannes from StartUp Stuttgart twice and he had to go through a small interrogatory :P

If you wanted to found another company in Germany, what would you wish for to simplify this process for you?

A one stop office to do the process, a check list of things to do, things to be careful about, recommendations for accountants that know about startup things and are used to deal with people who don’t speak German as the main language. I always try to speak German but I need people who have patience and clarify things because I don’t have the vocabulary or „obvious“ knowledge that Germans have simply because they lived here all their life.

Going far with my wishes, the perfect setup would be a kind of simplified process for startups (companies that sell less than X euros a year) where you pay a single thing that covers taxes, healthcare, insurances and all the things I may not know. After you are on your feet with a stable income, you can switch to a different model more similar to the actual (or maybe pay more according to the income).

At the beginning (where I am right now), any expense is high and every minute lost doing paperwork or trying to figure out how things work is a minute lost improving your product and an Euro less in the bank which makes your survival time shorter, getting the things that don’t add value to your company out of the way improves your chance of survival.

And only if you survive, the government and the society will benefit from your success, if you fail and go back to a „9 to 5“ job, then no value is added to society.

Thanks a lot for this great and insightful interview, Mariano. All the best to you and Javier! 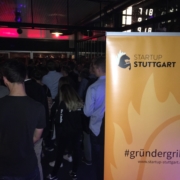 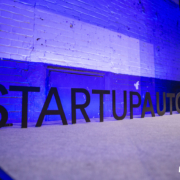 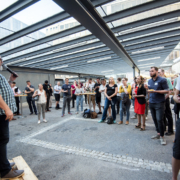